3 Technologies That Can Give You More Data Security

3 Technologies That Can Give You More Data Security

Data security is a serious matter for every organization. Whether it's working with highly sensitive medical files, or just sending business emails that contain company strategies, every company has sensitive information that needs to be guarded. The good news is that despite se 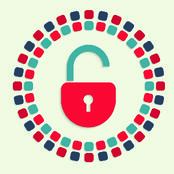 veral recent highly publicized data security breaches, your company data can be safer now than ever before thanks to a slew of technologies that do nothing but protect information. Even better, they are readily available, and require very little technical know-how to implement and use.

SSL, which stands for Secure Socket Layer, and its more modern equivalent TLS, Transport Layer Security, is a technology that has been around practically since the invention of the Internet as we know it. The original SSL specification was created at Netscape in 1994, and is used for adding the HTTPS (the secure version of regular HTTP) protocol to browsers. In SSL/TLS data encryption and transfer, two devices which are communicating with each other first verify the other's identity by matching an encrypted security certificate against a database of registered certificates. This ensures that both devices are sure that the device they're communicating with is actually who it says it is. Once the identity has been confirmed, the devices exchange a secret key that is then used to encrypt data that is sent back and forth. This takes care of two common problems in data security - identity verification and message interception.

Using SSL/TLS is incredibly simple, and requires little more than purchasing a certificate from a reputable registry and installing it on your server. These certificates come in several levels, with each level being more trustworthy than the one below it, but at a higher cost. Prices typically range from a couple of hundred dollars up to a thousand dollars per year. For companies that want to make sure their internal communications are similarly protected, several technologies exist that allow for individual computers to take advantage of SSL encryption in peer-to-peer communications.

The simple pin number used by Apple or the sliding puzzle code used on Android devices aren't enough to protect your mobile data from unauthorized access. For one thing, both forms of protection can be easily circumvented simply by connecting the device to a computer. For true mobile protection, a mobile hard drive encryption program is necessary. This prevents anyone who doesn't have knowledge of the device's password from accessing any of the information stored on the device, even if it's physically connected to a computer. Mobile device encryption programs also require passwords that are much harder to crack or guess than what is typically required straight from the manufacturer.

Many recent stories about data breaches at large companies were not stories of nefarious hackers who broke through multiple levels of security, but rather tales of normal workers who lost their unencrypted mobile device. Once these devices are in the hands of hackers, they can often glean information on how to access your more secure corporate networks, and do far more damage. Protecting your company's mobile devices with strong encryption isn't a luxury anymore, it's a necessity.

The energy giant BP claims that it receives 50,000 cyberattack attempts per day on its network. The state of Michigan reports almost 120,000. Companies large and small can have hundreds of thousands of potential cyber intrusions daily, some targeted specifically at their company, while others are simply wide-ranging automated "fishing expeditions" that test network defenses indiscriminately and report if a vulnerability is found. An actively managed firewall can keep all but the most determined and clever of these attacks completely at bay. A firewall can be either a piece of hardware or software that monitors all individual packets of information attempting to access your network, and accepts or rejects them based on a set of predefined rules.

Having a firewall by itself is not enough. If the rule set that govern its behavior isn't updated and refined on a regular basis, then new or previously unseen forms of attacks can slip by the outdated rules. A properly managed firewall is updated regularly based on emerging threats, and has rules in place that can block potential, but as-yet unseen, forms of attack.

Subscribe to the Dataprise Digest. Expert Advice Delivered Weekly to your Inbox